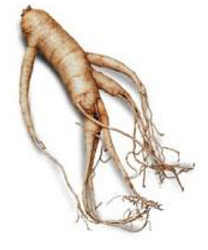 The ancient history of Panax Ginseng and that of impotence go hand in hand, in fact the effects of ginseng on this disease, also widespread in the ancient world, were discovered very early.
Panax Ginseng was discovered about 5,000 years ago in the mountains of Manchuria (China). It is believed that, initially, it was being used as a food by the farmers who had noticed that its consumption to produce an increase in resistance to fatigue.
Ancient Chinese documents

[1] attest to its use as a medicine from 3,000 years ago. Ginseng The word comes from the Chinese term “Renshen” meaning “human root” for the forked shape similar to the body of a small man. The word Panax comes from the Latin word “panacea”, that is a remedy for every disease and refers to the properties of adaptogenic herbs that have a variety of active ingredients with which balance the entire human organism.

Chinese medicine is very old and its founder is considered to be the Emperor Shen-Nung (2737 BC), which is actually a mythical figure probably never existed. Are existed and countless anonymous individuals who invented the pharmacopoeia and whose findings were collected in the Treaty “Shen Nung Benchau Jing” with which they gave their contributions to many branches of medicine such as urology, and in particular to erectile dysfunction that evidently even then was considered a serious problem. 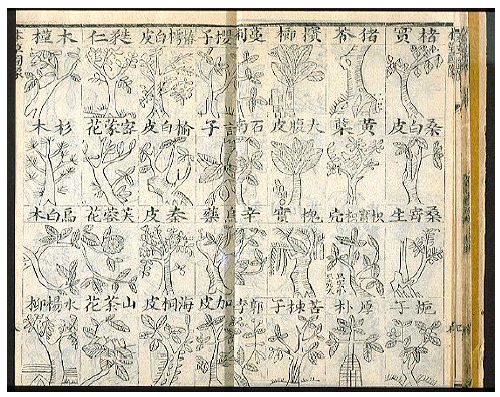 At that time the consumption of Panax Ginseng was reserved for emperors and imperial family, in fact, the virile power was considered the symbol of social power. The properties of Ginseng soon became legendary and his reputation began to expand westward (in India Ayurvedic medicine of ancient texts refer to as ginseng herb that can give a man the strength of a bull).
Beyond the myth, the commercial exploitation of Ginseng began around the second century AD due to the ever increasing demands that the collection of spontaneous roots could not satisfy. This led to its cultivation on a large scale in moist soil with particular characteristics. It began to grow ginseng in Korea since the 16th century as a result of requests from China, India and Western Europe.

Why Ginseng is so powerful

Panax Ginseng is grown both in China and in Korea, and the same root gives rise to two different types: White Ginseng and Red Ginseng. The difference consists in the fact that the red ginseng is obtained, in Korea, from the root of ginseng White dried, with a patented process, with steam cycles at 95 ° C for 3 hours. The importance of this process is due to the fact that it removes all the toxins present in the root and the emerging and “fix” the root up to 34 different ginsenosides (or triterpenoid saponins), ie all of its active ingredients. Other types of Ginseng (with different scientific names) are grown in America and Europe, but does not have the same properties of Panax Ginseng Korean. For this reason the Red Panax Ginseng is more powerful than its counterpart and white is considered suitable to solve many health problems such as erectile dysfunction.

The effectiveness of red ginseng has been studied scientifically only in recent times, verifying experimentally its stimulating action in particular on the endocrine system, with positive effects on many diseases such as depression [4], chronic fatigue [5], diabetes mellitus [6], alleviation of menopausal symptoms women [7]. Many studies have been conducted on the effects of red ginseng on erectile dysfunction [2], [3], [8], [9].

The problem of erectile dysfunction

According to statistics, in the US alone, approximately 5% in their forties, and 15-25% of sixty-five are suffering from erectile dysfunction on a permanent basis (National Institutes of Health). In the world of erectile dysfunction affects more than 100 million people of which 35 million in Europe.

In Italy, a survey conducted in 2000 by Fabio Parazzini and other researchers (urologists and urologists) of 2010 men [10] [11], it was found that 12.8% were suffering from erectile dysfunction so distributed for bands d ‘age:

The causes of erectile dysfunction can be of three types:

The diagnostic procedure that identifies provides several checks of which an example is fairly exhaustive reported on this page.

A first discrimination can be made considering the erectile activity during sleep. In fact, an individual with no organic disease has every night some spontaneous nocturnal erections (3 to 5) during REM (Rapid Eye Movements), due to the dreams. In these phases, the rigidity of the penis is high (80-100%) and the duration of each erection of about 30 minutes. The spontaneous nocturnal erections are a sign of healthy organic penis.

The cause of the erection seems to be the release of nitric oxide [12] by the epithelial cells lining the blood vessels. This causes arteriolar smooth muscle cells and trabecular cavernous to produce GMP (cyclic guanosine monophosphate), which determines on the one hand the dilation of arterial vessels, facilitating the flow of a greater amount of blood that
invades the spongy tissue that makes up the corpora cavernosa, the spongy body and the glans, the other the closure of communicating (shunt) arterio-venous, to prevent the outflow of venous blood. We, therefore, that the erection and maintaining it, depend on the good anatomical and functional of all the nerves, muscles, blood vessels involved and their coordination.
In humans, aging and stress determine organic situations that lead to a reduction of testosterone, that is the main male hormone which depends (also) sexual desire. It has also a gradual decrease in Leydig cells that synthesize testosterone in the testicles and also that of nerve cells located in the hypothalamus that produce GnRH (Gonadotropin Hormone releasin), the neurohormone that regulates the production of pituitary gonadotropin LH, which in turn regulates the production of testosterone by the testis. Also you have the involution of the target organs of hormones above, which causes: muscle wasting, skin dystrophy and pilifera, prostatic hypertrophy, etc.. As well as decreased libido and potency.

Since the late 90’s entered the market Viagra (sildenafil citrate), which works by stimulating the production of nitric oxide that starts the process described above. The intake of Viagra, however, has serious drawbacks in people who suffer or have suffered from diseases such as ischemic heart disease, arrhythmias, myocardial infarction, retinitis pigmentosa, coronary diseases, very low blood pressure (less than 90/50 mmHg) or very high (more than 170/110).

These contraindications are not present in the red ginseng which, while launching the same process of penile erection, also offers a number of additional benefits due to the action outreach on the entire human organism (psychophysical stress resistance, immunity to disease, contrast cellular aging, etc.).

Since the sexual organs are part of the endocrine system, and that’s about it you experience the maximum effects of ginsenosides (the active ingredients of ginseng), we understand that the red ginseng has high efficacy in combating erectile dysfunction. Experiments conducted with humans [15] have shown that 60% of them have achieved satisfactory results, while in the experiments carried out on laboratory animals [16] (rats and rabbits) have shown that red ginseng produces an increase in sexual desire and copulatory performance by acting on gonadal tissues. Also in women the effects of ginsenosides (especially Rb2 and Rg3) were documented as an obstacle to the development of tumors in the ovaries.

Causes of loss of sexual desire

The causes of low sessule desire (libido) in men (but many of these are also present in women), are of three types:

A man in good mental and physical health does not lose sexual desire. The goal of every man should therefore be to recover the entire psychophysical condition: adjusting your diet, doing regular exercise, avoiding or transforming excessive stressful conditions (both at work and at home).
Red Ginseng, with its wide range of active ingredients (ginsenosides), can help to implement a recovery strategy and maintenance, not only sexual health, but health status overall, the symbol of which may be the David of Michelangelo Buonarroti , shown in the figure.

An experimental research [13] Harvard University and the “National Cancer Institute”, took place in the US, has shown positive results in the prevention of prostate cancer attributable to sexual activity. As part of a prospective epidemiological study, investigating the sexual habits of 29 342 men between 46 and 81 years, since 1992, had been asked about the frequency with which these men ejaculated. In a questionnaire sent out every two years, the study participants had to indicate the average number of ejaculations per month and during the previous year. The multivariate statistical analysis included the known risk factors for the onset of prostate cancer, including race, family history and body mass index. During the next eight years 1,449 men developed prostate cancer, corresponding to 4.9% of the population studied. Men with a high ejaculatory frequency (21 or more ejaculations per month) showed a lower risk of developing prostate cancer by 67% compared to those who reported a lower frequency (4 to 7 ejaculations per month). An Australian study [14] carried out on 2338 people reached the same conclusion, namely that frequent ejaculation can expel any cancer cells, whether done in the course of a sexual relationship, whether it happens to masturbation or nocturnal emissions.
The red ginseng, in addition to promoting sexual activity, solving in many cases erectile dysfunction, has also a preventive immunization against cancer. 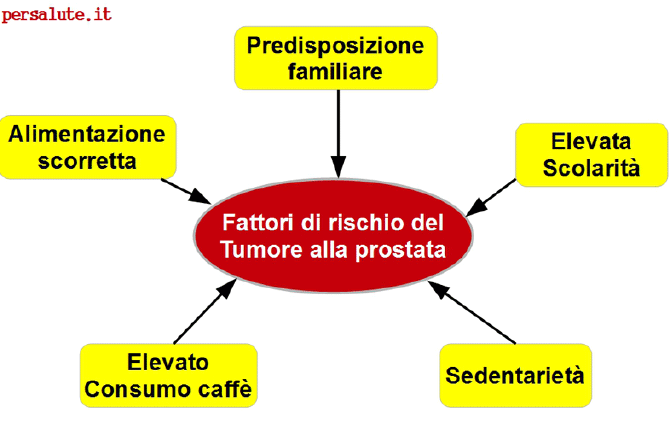 Sign up to receive promotions and news on Persalute!

We use cookies to make sure you can have the best experience on our site. If you continue to use this site we will assume that you are happy with it.OkNoRead more
Go to Top